This is the current trend of many churches.

The happy church will entertain you. They say they exist to give people hope. They have fun programs for all your children. All their music and songs will make you feel special and soothe your guilt-ridden emotions. And they’ll do whatever they can to keep you coming back for more.

This is the church who is flirting with Delilah. If they stay there too long, their conscience will be seared, and they will be prime targets for deception and destruction. They won’t be able to shake themselves free because they won’t know that the anointing has departed from them.

Delilah lulled Samson to sleep on her knees and called for a man to shave off the seven locks of his hair. Then she began to humiliate him, and his strength left him.

She said, “The Philistines are upon you, Samson.”

Then he awakened from his sleep and thought, “I will go out as before and shake myself free of them.” He did not know that the Lord had left him (Judg. 16:19-20).

Samson flirted with Delilah until the secret of his power was cut off. Like so many churches and leaders today, he didn’t realize he had lost the anointing until it was too late. The secret of Samson’s power was his long hair. The secret of the church’s power is the mighty Holy Spirit.

“O foolish Galatians! Who has bewitched you that you should not obey the truth? … Are you so foolish? Having begun in the Spirit, are you now being perfected by the flesh?” (Gal. 3:1, 3).

A disturbing dream was given to my wife. She was driving to a church service amidst great devastation. Roads had been damaged. Cars blown up. Trees were down. Destruction was all around. As she approached the front door of where the church was meeting, the doorkeeper directed her to enter another way.

She had to walk behind the venue and crawl through a low porch window. Once inside, my wife saw carpenters working, people smoking and swearing, coarse conversations and tales of adultery. Farther below, she entered the room where people gathered. In the dream, I got up to preach, burning with the fire of holiness, and immediately an assassination attempt was made on me by an instrument that shot out strange fire.

On the way home from that meeting, my wife ran into a very weary and spiritually depleted member of this church who was being affected by the deadness of this once life-giving church.

Just as there are evil alliances in the world, so there are in the church. Both are subtle. Both are demonic. We wrestle not against flesh and blood. They are seducing spirits promoting doctrines of demons. It’s rampant and worse than you think. Nice people who have been deceived are engaged and involved in these unholy alliances.

The Titanic Is Sinking, But We’re Still Playing

The Titanic is sinking, but the band keeps playing, and the singers keep singing. Warnings have been issued of the impending danger and devastation. The ark is being built, but people are going about their business with great indifference and unbelief.

When people are about to drown and die, you don’t plan parties. You don’t entertain the masses. You don’t need to hear monotone voices telling you everything is all right. That’s cruel. It’s like telling a lost sinner on his deathbed that everything’s going to be all right when he’s about to split hell wide open.

It’s telling church goers that homosexuality is all right—that eventually everyone goes to heaven—that there is no hell. It’s dumbing down on the vital necessity of the baptism of the Holy Spirit and the power of God. It’s remaining silent about controversial issues that affect the church and laws and legislation being passed to rob us of more of our liberties. How can we keep silent during such an onslaught of evil on the church and our nation? Cultural conditions have been changing for a number of years now, and with it the rules have also changed.

A demonic culture with unimaginable addictions needs to meet a church and a people full of power and unapologetic fire. In a time of mass murders in public gatherings and in the halls of our schools and churches—in a time of hurricanes, earthquakes, flood and fires and volcanoes on the brink of deathly eruptions—we don’t want to see Noah swinging his hips from the platform of the ark and telling you how wonderful you are and how God will make all your dreams come true. It is not a time for pastors to display their wealth, talk of their multi-million dollar airplanes and grant people mild cures for their life-threatening diseases and lustful addictions.

I don’t care how large your church is if it is not a threat to Satan’s kingdom and the encompassing darkness. I don’t care how popular a speaker you are if hell doesn’t know you. If all people do is sing your praises, God hasn’t sent you. If you only make people glad, but never sad or mad, you’re probably doing a bad job. It means you’re not impacting the culture of sin. In fact, worse than that, you’re inoculating your own people against the real Jesus, the real gospel, and the real salvation.

If you’re in a happy church where the cross, the blood and hell are never preached, where there’s no real power to redeem from sin, and no warnings are ever given, you might be flirting with Delilah.

You had better exit now, before your strength is cut off. 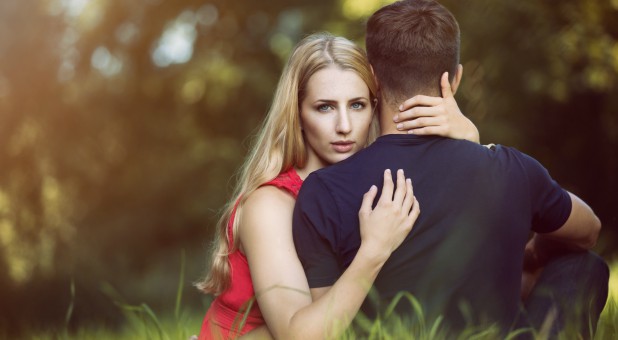